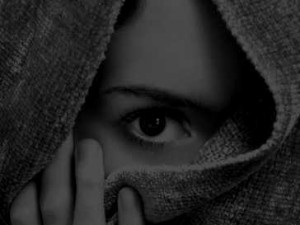 Today’s guest post is from the talented Allison Vesterfelt. If you’ve yet to check out Allison’s blog, please do. I promise you will be encouraged, challenged, and inspired. I’m honored to feature her here today and I hope you enjoy.

Have you ever been caught doing something you weren’t supposed to be doing?

I have, on more than one occasion actually, but one particular time sticks out in my mind. I was caught telling a lie to a person I loved, and when the truth was uncovered, the person I lied to was really, really angry.

On the one hand, I understood why this person was so mad. I had lied, after all, betrayed the trust we had built together. I would have been mad too, if I’m being honest. But at the same time I was frustrated with what seemed to me like righteous indignation. Was this person perfect? Had he/she never done something regretful? Was it so impossible to understand where I was coming from? I apologized, but my apology was tangled with justification.

If you got me started, I could muster up all the excuses again. I could make a really convincing argument for why I did what I did and, at the end of it all, you would probably understand me. You might even say, “I would have done the same thing.”

I felt like the adulterous woman in the book of John who was dragged into the crowds to expose her sin.

There was no denying how wrong I was.

And despite all of my justifications, I was also fully aware that the person I lied to could build an case against me, equally as compelling as the one I could build for myself. I was knowingly deceitful, without regard for other people. I was given a chance to confess, and I just kept lying. If you were to listen to the story from the other side, I would come across looking like a real jerk (because I acted like one).

I bet the person I lied to could have gathered a crowd of people, like the Pharisees did, all equally disgusted by the stench of my sin.

That said, the best part of the story in John is obvious. It’s the part where Jesus silences the crowd, all of whom want to stone the woman (common practice for sexual sin in that day) and tells them, “Let any of you who is without sin be the first to throw a stone” (John 8:8). In other words, quit being so judgmental. Unless you’re perfect, cut this poor woman a little slack. You’re just as broken as her.

Then, as a pinnacle of grace only God himself could manage he tells her: if no one else condemns her, neither does he.

As beautiful as this part of the story is — the part we always highlight — I realized as I was reading this passage the other day that, without the hypocrites who drug her into the crowd in the first place, exposing her sin, this woman would never have experienced the radical sense of God’s grace. Without the pain of their judgement, the prison of their ridicule, the freedom he offered her might not have been as appealing.

I’m not saying that hypocrites are good, or that more of us should be hypocrites so that others can experience God’s grace. Obviously that’s not my point. But I guess I just realized, as I was reading the passage, that the world is full of hypocrites. I know because I am one of them. And I know because I have been the girl caught in the act, judged and condemned and hauled in front of my peers like a sack of potatoes.

And Jesus has this way of making it really beautiful.

And because of that, I guess I’m glad I was caught in the act.

Because before I was caught, I thought I was fine. I had sinned, but hadn’t experienced the crushing weight of shame. And I don’t think I had really experienced the deep and satisfying relief of God’s grace. Grace changed everything. As painful as it was, and as wrong as it was for onlookers to throw (or threaten to throw) their proverbial stones — it was in that moment that my real healing began.

What about you? Have you ever been caught in the act? How did it impact you?

Allison is a blogger, writer and thinker who is becoming brave enough to live and tell the truth. She’s passionate about helping people to tell, hear and understand stories that inspire, uplift, encourage, and even convict by pointing to the truth of Jesus. She lives in West Palm Beach, Florida with her husband Darrell.

5 thoughts on “Caught in the Act”