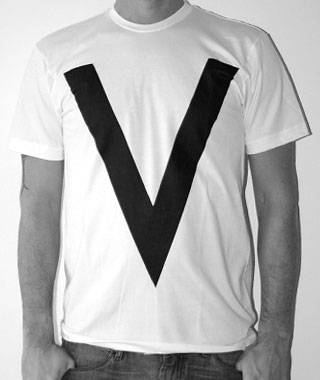 Last year, a girl by the name of Natalie Dylan, decided to auction off her virginity to the highest bidder. She was met with a slew of both support and hatred. Recently in the United Kingdom, a 16-year-old just attempted the same transaction, in order to pay for school.

There used to be a time when being a virgin meant something. There was a time, when a woman’s chaste and pure nature was desirable, not only to men, but to the woman herself. There was also a time when men abstained from sex as well, choosing to wait until their wedding night.

How did we transition from the ideal of sexual purity to a poor girl, obviously broken, selling her body on eBay, giving away what should be cherished and protected for some cash? I want to know though, where have all the virgins gone? And if they are around why aren’t they speaking up? The concept of virginity is most often associated with a woman. It is through a woman’s lack of sexual experience that she gains honor and privilege in some cultures. Religious and social norms have also contributed to the virgin maiden as an ideal. Many of us think of the Virgin Mary, for instance, cloaked in innocence and purity.

In America, and much of the West however, the notion of virginity has become a joke. Young women will tease, and even harass, other women who have chosen to abstain from sex. Young men are even worse, embarrassing and shaming any man who has not sown his sexual oats. Often times, virgins in American culture have chosen to stay silent on the topic, never openly discussing their choice to pursue sexual purity for fear of ridicule.

As our culture has become more and more sexually charged, young people have become more desensitized to sex. As a result, they have of course, let go of the notion that virginity or sexual purity is something worth keeping.

We hear that being a virgin is uncool and lame. People who are virgins just can’t “get any.” Never mind the fact that many of them have chosen to not “get any.” In the face of virgins becoming less desirable (especially for men) there are shows like Gossip Girl telling young women to give it up, and fast, and then do it some more.

Christians, on the other hand, throw around the words “sexual purity” and assume that young people have a real grasp on the concept. Young Christians in high school and college sometimes think that purity means doing everything but. In the end, that leads to sexual immorality and many losing their virginity in the process.

Virgins once seen as an ideal and are now seen as old-fashioned. I was a product of this thinking. I lost my virginity very young. Many factors contributed to my decision, including the fact that sexual purity was never really discussed in my home.

Those practicing sexual purity are a silent minority, it seems. My hope however, is that those remaining abstinent would begin to speak up boldly and loudly on behalf of waiting. As someone who did not wait, I can testify to the need and purpose behind the Lord’s design of waiting until marriage.

Sexual Purity has many advantages, including spiritually, physically, and socially.(I will be discussing some of those advantages next Wednesday in Part 2 of The Virgin Revolution.) The world wants to tell young people that sexual freedom is liberating but God says “Run from sexual sin! No other sin so clearly affects the body as this one does. For sexual immorality is a sin against your own body.” 1 Corinthians 6:18.

May the voice of the sexually pure rise up against the clamoring voice of the over-sexualized. May the Church lead the way is retelling the story as to why and how remaining pure is crucial and achievable. And may virgins everywhere begin to proclaim their decision yelling “You can wait and God will help you.” May there be a virgin revolution. I’ll make the t-shirts, reminiscent of a superheroes costume… with a big “V” on the front, to let everyone know that there is real power in waiting.

Why do you think the concept of virginity has become so tarnished? What were you told as a young person about sexual purity? Is being a virgin lame?

39 thoughts on “The Virgin Revolution”