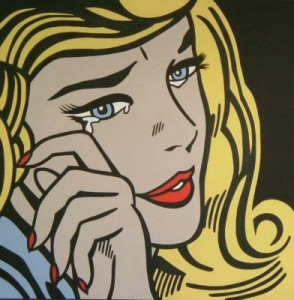 Last Thursday, I posed the question: Who Has Most Influenced Your Walk with Jesus? Many of you left such inspiring answers, from grandparents who taught you what living for Jesus is really like, to pastors, teachers, friends, authors, and parents.

I had one commenter ask me if I was going to share my influences, as well. I hadn’t thought about it upon asking the question, but as I began to read everyone else’s answers something became very apparent.

I didn’t really know how to answer the very question I had posed to all of you. Truth be told, I was jealous of most people’s answers, because the reality is, I don’t really have an answer.

How can that be? Well, I’ll tell you…

I don’t have some magnificent or long list of people who have influenced my walk with Jesus. In fact, I don’t even have a mediocre and short list. Well, that’s not entirely true…

In high school and into college, I dated someone who had a tremendous impact on my spiritual growth and maturity. He challenged me in ways I could never repay.

Also, my husband has, of course, influenced me. He shows me what loving Christ and behaving like Christ looks like every. single. day.

And there is a smattering of others…my mother-in-law, father-in-law, the occasional Bible study leader, and while they have encouraged me and blessed me, I’m hard-pressed to think of people who have really influenced my walk with Jesus.

And after reading all of your responses last week and realizing I didn’t really have a similar experience, I began to do something I’m quite good at…I threw a grand old pity party.

You see, I have asked the Lord for years now, yes years, for a woman to come along and disciple me. For a person who is so passionate about discipleship, I find it a bit sad that I have never actually been discipled by anyone. I mean, I have gathered wisdom and instruction from the women around me, but never in a formal or traditional discipleship setting.

A couple of years ago, I was in the throws of feeling sorry for myself concerning this very fact. I had been daily praying, pleading even, with God to bring an older, wiser, Jesus-loving woman, into my life who could help shape and mold me into the woman God wanted me to be.

Around this time, I heard a pastor give a sermon about the exact thing I had been paying for. He began to explain, how he too, had prayed for years for a Godly man to disciple him.

I hung on his every word. What happened? How had God answered his prayer? What amazing, rockin’, man had God brought into this pastors life?

But as I listened, I realized that just like me, this pastor’s prayers had not been answered, well, at least not in the way he was expecting. He shared with those of us listening that day, that God had, in fact, answered him saying: “I am making you into the man you desire to be.”

God said, “I am.” It was the Lord Himself, who was instructing, equipping, encouraging, and bringing this pastor into maturity. I was struck right then and then with the realization that this message was for me.

God was doing the same for me. For all my pleading and begging for a woman to disciple me, Jesus was already doing that work in me…and He still is. God didn’t answer my prayer the way I had expected, but I suppose He answered nonetheless.

I may not have the same story as others–a God-given individual who has greatly helped shape and influence my walk with Jesus–but I do have a Savior Who is more than capable and willing to make me look more and more like Him…and what more could I ask for?

What prayer has God not answered for you? Or has answered in a different way? How has that affected your relationship with Him?