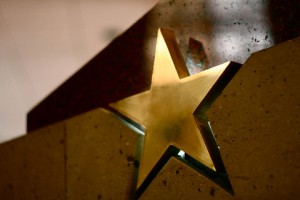 Today’s guest post is from Malisa Price, a long time reader and member of the Modern Reject community. Malisa has a heart to serve God and also has a blog of her own. I can easily relate to her post today and hope that it leaves you as encouraged and comforted, as it did me.

When Nicole wrote about not liking women’s ministry (gatherings, retreats, teas, etc.), I was doing a happy dance and celebratory hand-waving. I’m sure I looked like a nutty person, but I was so relieved that she felt like me.

I recently, went to a women’s retreat. I have been on retreats before, but this was the first one I have gone to that was paid for out of my own pocket. This time felt different because I had a time and financial investment.

I don’t know what actually possessed me to sign up for the weekend getaway. I like being home with my hubster, eating the meals I make, and sleeping in my nice bed. But, I think it was the quiet voice of Jesus calling me, “Come Malisa, experience more of what I have for you. I want to spend time with you and get to know you better.” Shockingly, I signed up.

Jesus was calling me. He spoke through the messages the various teachers presented, in conversations with friends, and orchestrating connections I could have never organized.

Saturday afternoon we took a walk to a scenic overlook.

I was taking pictures for my blog. I was irritated that I didn’t have cell phone coverage. Heaven forbid, I was only able to check my Twitter account for 2 minutes in 48 hours!

Standing on the edge of a breathtaking vista, ladies threw rocks over the edge representing things they were leaving behind and never picking back up. Some said control, others said hurtful relationships, and others said fear.

I wanted to throw a rock over the edge, but I couldn’t think of anything. I was outraged that here I stood a good girl, raised in a Christian home, and there was not a thing I could throw over.

The more ladies threw their rocks over the cliff’s edge and proclaimed things they were getting freed from, the more enraged I got. I walked over to Bev (the leader of the retreat) and asked, “May I have a word with you? Actually, I’m going to need a few words with you.” She happily walked with me to a spot away from the group.

(Bev and Me after our conversation)

I said I couldn’t and didn’t know how to accept the love of God.

I admitted to Bev I didn’t need God, because I was a good girl. I wasn’t bad enough to need a Savior.

I stated I was too busy working for Him. I’m too busy getting “gold stars” for my performance.

Bev asked me what I would do if I wasn’t trying to get gold stars?

My answer brought tears to her eyes. As tears streamed down my face, I answered, “I don’t know what I’d do.”

She said, “Oh, Sweetie! You don’t have to do anything. All you need to do is accept the love of Jesus. You just get to know him. That’s all.”

She then asked me what my name means. I said “honey bee.” She laughed! Bev’s name means “beaver.” Beavers and bees are busy creatures.

Bev asked me if she could throw a rock for me. I said yes. She grabbed a rock and held my hand. She said the rock was to end gold stars. She threw it. It was the beginning of something different.

Writing this story brought me additional freedom. A freedom I didn’t even realize when she threw the rock.

Jesus calls me daughter. He says I’m a sheep. And little sheep are the most high maintenance livestock in the world. If it weren’t for shepherds, they would die. (I learned that on my retreat weekend too, thanks Nicky!)

Even though my given name means honey bee and I envision little worker bees with their non-stop buzzing, I’m a sheep in the Kingdom. And as a sheep, my job is simple. I eat, drink, sleep, and follow.

That’s a pretty light yoke if you ask me.

You see, the Shepherd calls me and says, “Come here, dear daughter, I want to spend time with you, Malisa. I want to get to know you.”

No more performing for this sheep. I’ll follow the shepherd and get to know the voice of Jesus.

But he who enters by the door is the shepherd of the sheep. To him the gatekeeper opens. The sheep hear his voice, and he calls his own sheep by name and leads them out. When he has brought out all his own, he goes before them, and the sheep follow him, for they know his voice. A stranger they will not follow, but they will flee from him, for they do not know the voice of strangers. – John 10:2-5

What are your thoughts on being a sheep? Can you relate to the need to perform to try and earn the approval of a God who already accepts and loves you?

Malisa blogs about cooking, crafting, and opinions about the world around her. She loves sharing the latest recipe she’s modified and easy DIY crafts. Malisa enjoys sharing her experiences as a married woman and a follower of Christ in the 21st Century.
Website: malisaprice.com Twitter: @malisaprice

18 thoughts on “Gold Stars and Performing for God”