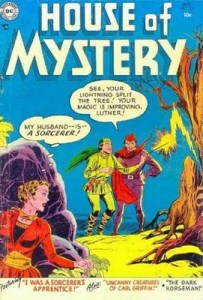 We all know the verse…

“And the two shall become one flesh.”

We’ve heard it recited at wedding ceremonies, taught from the pulpit, and thrown around at marriage conferences. It has become almost cliche. We believe this verse intellectually–two becoming one. But, we also know that this verse is referring to much more than flesh. We don’t know how, but we know it. We understand it for what it is: a mystery.

How can, and do, two people join as one? Physically we know how it is possible (In this regard, the verse is quite literal). But, how do two become one in the spiritual and emotional sense?

I had not been married very long when I was struck with the reality of this mystery. And I got scared.

Because up until then, I had assumed that marriage is really me marrying a man and a man marrying me. I had not truly considered or fully understood the spiritual implications of marriage.

Sure, I knew that God brought Jonathan and I together. I knew that we made a vow before the Lord and entered into a spiritual covenant, but what I failed to realize was that I was no longer just me. Gone were the days of flying solo. So long single Nicole. Something had changed…

I would never again be one. I would forever be a part of two.

I was not a single person, but rather a part of a family.

The realization came one day in the first few months of marriage when I had been having a particularly hard day. Perhaps you know the kind. I was moody, cranky, temperamental, feeling irrational, and was acting as if I was riding on a rip-roarin’ emotional roller coaster.

At some point in the day, I had a complete and total meltdown. There were tears, snot, hiccuping. It wasn’t pretty. And who would you guess was on the receiving end of my less-than-desirable-behavior? You guessed it: my sweet newbie husband.

I called him crying about something (what, I have no idea. It wasn’t important then and it’s not important now). I was unintelligible. Somehow, however, through my ugly cry he managed to understand me and he did the most obvious thing…

He prayed for me.

My husband stopped what he was doing and prayed for me. I was immediately encouraged and calmer. “He’s so perfect,” I thought.

But then he did something unexpected. He prayed for himself.

In all of the emotions swirling about me, he discerned that a lot of what I was feeling was simply because I was not where I needed to be with God. I had been distant from the Lord that week–distracted, busy, disconnected from Jesus.

Our spiritual and emotional health were somehow inextricably and forever intertwined. We had become one.

“And the two shall become one…” still remains a mystery. Perhaps it always will, but that day God illuminated just a sliver of what this truth really means. It is no longer just me, but rather it is another growing with me, alongside of me, and because (or not because) of me… for as long as we both shall live.

Have you wrestled with the reality of two becoming one? Have you experienced the spiritual reciprocity that takes place in marriage? How do we best grow together as one and not as two separate individuals?

6 thoughts on “The Mystery of Marriage”