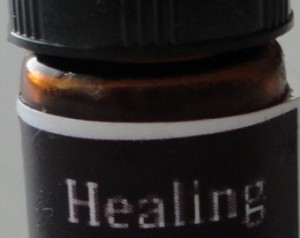 So remember a few weeks ago when I shared with you all about the tremendous pain I have been suffering? And then remember about a week ago when I opened up a can of Holy Spirit in the scariest post I’ve ever written?

I’m sure that I’ve read the story of the hemorrhaging woman dozens of times. We all know it.

I usually picture her when I read the account, frail and lowly, weak and cast-off. I can see her fighting through the crowd with every last bit of energy she has, certain that if she can just touch the hem of His garment, she will be made well.

I see Jesus, filled with compassion and overflowing with love, look to her after realizing that power had gone out from Him. I see His eyes, full of heartache and grace look upon her and bless her without saying a word.

I know this story. I know it well…or so I had thought.

It seems that of all the times I have read and re-read this story, I had done so from the book of Matthew. Perhaps it was habit. Perhaps not.

But a few weeks ago, after sharing here of the pain I’ve faced, God re-directed me to this very story, except this time it was in the book of Mark. I sat in my living room, my children napping, desperate to hear from God, begging Him to give me something–anything to hold onto.

I had spent the last 2 months gripped by pain, but really the last 20 years. Since childhood, I have battled these migraines. The last 2 months, however, were some of the darkest days I’d experienced in terms of my health. All I wanted was for God to say something and for me to know that He saw it all.

In those 2 months I had been to numerous doctors and shelled out thousands of dollars. I had searched online for miracle cures and quick-fixes. Really, after it all, I almost felt worse. I had all but given up.

So there I sat, asking God to give me a morsel, a crumb, and He directed me to Mark 5. I could not believe what I read:

And there was a woman who had had a discharge of blood for twelve years, and who had suffered much under many physicians, and had spent all that she had, and was no better but rather grew worse…

I began to cry. That’s me, Lord, I thought. I felt overwhelmed by the comforting touch of the Spirit.

God does see. He has seen my pain. He has not forgotten nor forsaken me.

She had heard the reports about Jesus and came up behind him in the crowd and touched his garment. For she said, “If I touch even his garments, I will be made well.”

As I read those last words, I knew what the Lord wanted me to do. I felt myself squirm and begin to offer excuses. But Lord, do I have to? Can’t I just sit here quietly and listen to everyone else?

He nudged me. I ignored Him. He nudged me harder. I shifted in my seat.

I took a deep breath and began. I slowly began to tell my church family about how I was the hemorrhaging woman. How I was so desperate for relief that I had gone to numerous doctors, spending hundreds of dollars. How I felt that I was growing worse and was now losing hope.

But before my despair could overtake me, every hand was upon me. My brothers and sisters sat for not more than a moment listening to me, before they were pulled from their seats and began to pray over me.

I can hardly remember what was prayed. A swirl of emotions and the Holy Spirit overtook me. I felt there, present, and yet not there at all–as if I was watching all of this happen to someone else.

But what I did know was that this moment was marked. God had this time, with my beloved church family to lay hands upon me, set apart. This was a holy moment…

and yet it was just the beginning…

I know, I’m a tease. Sorry. But Part 2 is going to be worth it. Be back here tomorrow, same bat time, same bat channel.

12 thoughts on “My Physical Healing: Part 1”