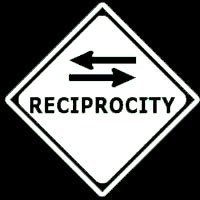 I heard someone say the other day how thankful we should be that we don’t serve a mean, vicious, spiteful, or angry God. We don’t serve a God of ancient Greek mythology who meddles in our lives for self-gratification or, worse, out of boredom.

No, we should be thankful because we serve a good God–a kind, generous, faithful God. I’ll admit, though, that I had never really contemplated the fact that our God could have been some other type of God. He could have been a mean, forgetful, neglectful God.

And what if He was? What if God treated us the way we treat Him? It’s not a perfect, apples-to-apples comparison, but play along anyway.

If God treated us the way we treat Him…

He would see us on Sundays for a couple of hours, but that’s about it.

He wouldn’t spend time with us when other things felt more important–work, friends, TV, a football game, kids, a spouse, a boyfriend or girlfriend.

He would only answer the prayers that benefit Him.

He would get hung up on our theology, doctrine, and the like, instead of actually trying to know us or have relationship with us.

His forgiveness would be conditional.

He would tell us He loves us and is crazy about us, but then, depending on who was looking, He would act like He barely knew us.

He would use our names as curse words.

He would make promises, then turn around and forget those promises a few days later.

He would ask for our forgiveness, then keep doing the same thing that hurt us in the first place.

He would keep a record of our wrongs and rights, then hold them over us as He pleased.

He would easily forget all the kind things we had done. Instead, He would doubt and question our love.

He wouldn’t stand up for our reputation. He’d let others think whatever they want about us.

He wouldn’t give freely, meaning He wouldn’t have sacrificed Himself for us.

What did I miss? If God treated you the way you treat Him, what would that entail? Comment and confess.

17 thoughts on “What if God Treated Us the Way We Treat Him?”