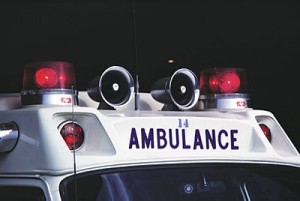 I felt on edge all week, but didn’t figure this was anything to worry about. I’d also not been feeling well physically, having been racked with migraines and pain throughout my body.

So, come last Friday when I woke up feeling miserable, I was determined to not let the pain or stress win. I fought against the day. Have you ever felt like that? Where you feel as if you are simply spending your physical energy to resist? I was resisting pain, stress, a burdened heart, loneliness, anger, fatigue. I was fighting against an invisible and yet very real enemy.

And in my fight, I decided that I would win which meant doing something that usually makes me feel better: exercising. So I headed to the gym with my kids in tow, for an hour long kick box class. I felt good. I felt strong. I finished well.

But, as we headed to the car, I realized that something wasn’t right. I was suddenly dizzy and breathless. I reached down and touched my chest and felt mildly shocked to find that my heart was racing, not beating, but racing. I had been out of class for some time. My heart shouldn’t have been racing, but that was just the beginning.

After putting my kids in their car seats, I paused for a moment and wondered if I should be driving. I shook off my fear and drove off. Immediately, however, I knew I had made the wrong decision.

I knew this feeling. I had felt it before. Fear started to creep in. This wasn’t just a rapid heartbeat. I was about to pass out.

I pulled the car into the next parking lot. I tried to think about what to do, who to call, where I could get help fast enough before losing consciousness.

I knew Jonathan would not answer his phone, as he was 40 minutes away visiting a sister church of ours. I scanned the parking lot. The store closest to me was closed. The other two were too far for me to drive to without certainty that I would make it there in time.

I knew I needed to call my mother-in-law. She lives 5 minutes from me and I was 5 minutes from my house. I estimated someone would make it to me in 8 minutes or so, if they hurried (all of these thoughts ran through my mind in a matter of seconds).

I called her and immediately told her I felt like I was about to pass out, where I was, that the kids were with me and to send my father-in-law to help. They called 911.

As I hung up the phone, I discovered that my limbs were going numb. I could no longer feel my hands or my legs. The numbness was slowly creeping up my neck and onto the right side of my face.

Most alarming of all, my hands began to seize. I watched in terror as my fingers coiled up, like that of a stroke patient, and became immobile.

As I was panting to breathe and fighting with everything in me to remain conscious, I heard my poor little Riley whimpering in the backseat. I turned to her and she said, “Mommy, I’m scared.”

I whispered back the only thing I knew to say, “Don’t be scared. Jesus is here. Jesus is here.” That’s all I could say and it kept ringing in my ears…

And I knew He was. Somehow, despite being so afraid that something horrific was happening to my body and worst of all, my kids were witnessing it happen, Jesus was there.

I knew that no matter what was about to happen, He was there. In the thick of it. In the midst of it. He was…

The paramedics arrived and it turns out though that I wasn’t dying…well, sorta. My body was severely dehydrated and decided to do what a body does when it needs water. It attempts to save your organs by allowing your blood pressure to plummet and your heart to beat rapidly in an attempt to keep blood flowing to your heart. That is why my limbs went numb and my fingers were useless. My body figured they were expendable.

But, I didn’t know that. My mind was flooded with thoughts of laying in a hospital bed, or leaving my kids, or dying before they were grown.

Afterward, I tried to flush out the “lesson” in all of this. What did God want me to learn, besides that I need to drink more water? What was He wanting to show me?

But I realized, there was no grand lesson. There was no big reveal. It might  sound a bit cheesy or lame, but it’s true. I felt somehow strangely and completely connected to Jesus as I sat in my car, thinking the worst. He is enough. There is nothing more to say…

Jesus was there. Jesus is here.

Okay, so do you have any actual near-death experiences, since mine was just a tease? When have you been extremely afraid and yet somehow so aware of God’s presence and love?

30 thoughts on “So, I Almost Died…Sorta”