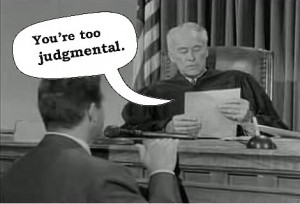 I remember the day well. My friend came to me emotionally distraught. She was dating a Godly, cool, funny guy whom she loved very much. She wanted to marry him. She was certain he was the one. But, there was one problem….

This young man’s parents were living in sin. Behind closed doors, they had one of the most abusive, dysfunctional, and broken marriages one could imagine. To their church community, however, they had it all together. They smiled and nodded. Showed up every Sunday. Volunteered for everything. No one around them knew the truth…

…that is except for my sweet friend, who found all of this to be too much when her boyfriend’s parents were asked to teach a marriage class at church. My friend broke.

How could she allow this? How did no one else know? Why was there no one shepherding them?

She came to me asking what she should do. My answer was simple, but it made her uncomfortable. I told her what no one would…

She had to confront their sin.

How could she? She wondered. She was in no position to call two older Christians out on their immorality and deceit. But, that is where she was wrong.

She absolutely had authority to do so. Her authority was God-given and plainly explained in scripture. The same authority applies to every believer. But, very few of us know this or if we do, we get it so confused and backwards that sin goes on unnoticed or unconfessed.

We have begun to view naming sin as unloving, unkind, and non-Christ-like. This, however, is a lie.

I’m not sure when this all started or how it happened. I’m sure that the tolerance movement, self-love, and the over-use of phrases like “Hate the sin, not the sinner,” are partly to blame…

But when did calling one person’s sin “sin” become the equivalent of judging them?

For one thing, Christians it seems, are really uncomfortable calling sin “sin,” in the first place. They use all kinds of euphemisms like “struggle,” “challenge,” “hardship,” “burden,” or my personal favorite “cross to bear.”

But, beyond our inability to name sin for what it is, we are equally unwilling to tell other people that they are sinning. We dance around the subject, pussy-footing along all the while essentially ignoring the giant elephant in the room.

But, just like an elephant, sin cannot be ignored for very long, because before long it will charge at you and crush you and likely, kill you.

We openly choose comfort and so-called compassion instead of grace and truth. Yet, compassion does not turn a blind eye. Compassion should compel us to help our brothers and sisters out of their sin.

Jesus did this. He did not ignore people’s sin, but rather faced it head on. He brought was was once hidden in darkness to the Light–His Light. Think of the Samaritan woman at the well.

She certainly had some things to hide–multiple husbands, shame, scandal–but, Jesus didn’t ignore her sin. He brought it out, into open conversation, where the enemy had no place to hide. That woman did not leave feeling “judged.” She left feeling loved.

I’m tired of hearing Christians say that one believer recognizing another believer’s sin is “judgmental.” I’ll say it once and for all:

If you approach your brother or sister in love (grace and truth) regarding their sin, you are NOT being judgmental. You are being a follower of Jesus Christ.

The Bible does not say “Don’t judge,” but instead it tells us to not judge a person’s heart or motives (those who misquote Matthew 7:1 “Do not judge, or you too will be judged,” need only keep reading to understand what Jesus was really saying) Yet, if we have the Spirit of God in us and we are daily being transformed into His likeness, than we also have discernment. It is discernment that Paul tells us is having “the mind of Christ.”(1Cor 2:15-16)

If we have the mind of Christ then we are more than able and capable of judging a person’s words and actions. However, we are also clearly told that we cannot judge those outside of the church, for we know that a person without the Spirit cannot comprehend the things of God ( 1Cor 2:14)

There are so many verses that tell us accurately how to judge, with love and wisdom. One of my favorites on the subject is 2Thessalonians 3:13-15, which says:

But ye, brethren, be not weary in well doing. And if any man obey not our word by this epistle, note that man, and have no company with him, that he may be ashamed. Yet count him not as an enemy, but admonish him as a brother.

What kind of family are we creating when we are willing to ignore sin in order to keep the peace? We are not peace keepers. We are peace makers. We are brothers and sisters, united by Jesus, which far surpasses any momentary discomfort in addressing one’s sin. For the freedom that can follow is undeniable and worthwhile.

Do you agree or disagree? Have you ever struggled with confronting another believer’s sin or addressed another person’s sin head on? Why are Christians so afraid to judge?

63 thoughts on “Should Christians Judge Others?”