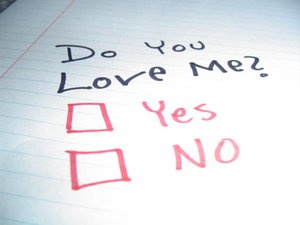 Here’s what I know:

That is what I know. But, what I know and what I believe are two very different things.

I’ve been known to be really good at dishing out advice to others, only to turn around and question whether the same thing holds true for myself.

I can tell a friend all day long, “God is good. He loves you. He is for you.” And I mean it. And I believe it. I could sell that line all day long.

But, as soon as my own difficulty comes, I immediately assume that those same truths don’t apply to me. Intellectually, I know they are true, but emotionally I doubt. Basically, I throw rationale out the window. Oh, and reason, and truth, and wisdom…blah, blah, blah…

My flesh tells me that God doesn’t really  care. How could He? I’m not number one on His list. I’m somewhere further down–you know, like #13,874,462. And hey, in a world of billions of people, that’s not so bad.

And so, my flesh and my spirit war. One speaks truth, the other lies. One aligns with scripture, the other does not. One brings freedom, the other sends me right back to where I used to reside.

I start to see God for someone He is not. A teenager. A former boyfriend, who used to think I was ahh-mazing and what not, but now finds me boring. Snooze. Who used to want to spend time with me, give me gifts, kiss me under the bleachers (did anyone actually  do this? ‘Cause it’s kinda weird…). You get the point. He dug me.

And then, not so much.

I feel like I’ve been broken up with and He’s taking another girl to prom.

I want to scream. I want to feel beautiful in His eyes again. I want to pass Him a note in Algebra and ask Him to check ‘yes’ or ‘no.’

But the Lord is gracious, and patient, and kind. And thankfully He is nothing–nothing—like a teenage boy. He is love. He is my hope. He is my future.

And, He continues to remind me of His love for me–not because I’m one out of 7 billion, but because He sees me as His one and only.

…as I am and for who I am. He does not tolerate me, He delights in me.

I don’t need to compete. I am never forgotten, even when the lies would try to tell me otherwise.

And it is His love for me, that slowly melts away those lies–the lies that tell me He loves me less–and in their place His hope takes residence. The Living God, living in me.

What is the biggest and ugliest lie you have believed about God?

31 thoughts on “The Biggest Lie I Believe About God”