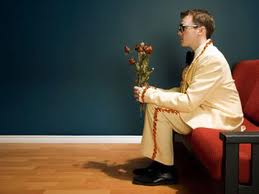 Recently, a few girls I know in their twenties, wanted to talk with me about “being single.” They asked me an array of questions like, “Why do I need to be single? How can I be content while being single? How do I let a guy pursue me?” and so on.

This post could go into a million different directions. The topic of “singledom” is always a hot one, especially in Christian circles. I’d like to hone in on one particular facet of the single Christian life (and save the other stuff for the next two Wednesdays): Dating.

To those who are married, “dating” sounds almost like a four letter word. My skin kinda crawls and I think, “Man, I’m so glad that’s over.” Terrible, right? I mean, I don’t know many Christians who actually enjoy dating. They are so focused on “finding the right one” and “hearing from God” and looking out for “lightning in the sky” that they suck all the fun out of it.

Dating should be fun. Why is it that so many single Christians turn dating into some kind of checklist and interviewing process? Ladies are the worst with the checklist. Here’s a tip girls: if you have a checklist, look it over, count up all those necessary character traits, then crumple it up and chuck it in the trash bin—‘cause that’s where it belongs.

He cares about your holiness and whichever man can help grow you in the holiness department will be on God’s list.

I also always hear girls saying things like, “I want a man to pursue me.” Well, that’s swell. I’m all for pursuit. Except that the girls spouting this line are then the same girls who sit on the sidelines and don’t do anything while expecting to get a date. Or then complain when they aren’t asked out. (Next Wednesday, I’ll address the issue of whether or not women should pursue or be pursued).

You want a man to ask you out? Then be around. Go to parties, hang out with friends in group settings, get to know other single people. And here’s a scandalous idea that I’m sure someone will disagree with, but oh well: try flirting. I don’t mean wear a push-up bra and sit on his lap. I mean smile, be interested, be interesting, ask questions, touch his shoulder, laugh at his jokes. It’s like bees to honey, baby.

There is also a camp among Christians who fear dating. They think it will turn into a tempting situation (which it could), or that God hasn’t “called” them to date anyone (which may be true). More often than not, though, guys are chickening out and pulling the ol’ “I’ve kissed dating goodbye” bit. In order to have kissed dating goodbye, you have to have actually dated.

Dating doesn’t inevitably lead to sin. And God may not be calling you to date someone in particular, but that doesn’t mean that He has said to not date anyone at all.

Dating, also, does not inevitably lead to marriage. Many people refuse to get a cup of coffee with someone of the opposite sex for fear that sipping a caffeinated beverage is a precursor to chapel bells and flower girls. Just because you went on a (as in singular) date with someone does not mean they are the person you are going to marry. And if they think you are their future spouse as the result of one date, run away—quickly. You wouldn’t want to marry a kook like that anyway.

All too often believers over-spiritualize dating and try turning it into some kind of holy act. It’s not. It’s a date. Boy meets girl. Boy likes girl. Girl likes boy. Boy asks girl on a date. Simple. Over-thinking it leads to discontent single people who wonder when and where the “right one” is instead of going on a date to actually find out.