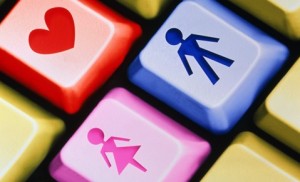 Women have long held the idea that men are suppose to pursue them. There used to be a time when girls were forbidden–or at the very least, discouraged–from calling a man, let alone asking one out.

Times have changed, however, and many women now feel that it is perfectly acceptable for women to ask out (or *ahem* even chase down) the opposite sex.

But do these same standards apply to Christians? Is it kosher for a single Christian woman to pursue a man or should men always be the pursuer?

For starters, let’s look at God. He is the ultimate pursuer. He comes after us, romances us, and wins us with His love. Likewise, each and every follower of Christ should be in full pursuit of Him first and foremost before they ever worry about pursuing the opposite sex. Okay, now that we got that out of the way…

Let’s address the issue of what it actually means to pursue. All too often, Christians have a misguided notion, constructed by Hollywood no less, of what pursuit actually means. Pursuit is not aggressive, obnoxious, won’t take “no” for an answer guerrilla-style dating. No. It is something quite different.

One definition of pursuit is the “act of striving.” I like that. Here’s why: pursuit should be an ongoing process to attain or secure that which you are pursuing. You see, it never stops. Pursuit is not a one-time deal. Husbands must still pursue their wives. Christians must always pursue Christ. Our Lord continually pursues us, His children.

Pursuit, by definition, should be us striving continually. Sound exhausting? Well, I guess it can be, but it serves a purpose. And what does all this have to do with dating?

The way I see it, the act of pursuit in dating has to be in direct relationship to one’s relationship with Jesus Christ. If a man is pursuing a woman, he should not be doing so unless he is pursuing Jesus with all he’s got. And ladies, why would you want a man to pursue you who is doing any less?

Sadly, many woman want to be the pursuers in the relationship because 1) men aren’t doing it or 2) men are pursuing, but doing it poorly. As a result, women all too often try to take the reigns and become the pursuer, so as to force the situation.

Some men today think that a text message with a “u look hawt” and an evening watching Jersey Shore on the couch constitutes “pursuing.” So it’s understandable when a chick tries to turn the tables.

Here’s the truth, pursuit does take both parties. God, for example, pursues us, but it requires that we respond to His advances. Likewise, a man pursuing a woman requires (if she is interested) that she respond accordingly–meaning she flirts and let’s him know he is on the right track.

So, as you’re reading this, you may have noticed that I only paint the man as the pursuer…and you’re right. I know to some I may sound old-fashioned, archaic, and not very egalitarian, but here’s the thing: I know there are exceptions to every rule, but I think most women like–heck, they want–to be pursued. And most men want to be the pursuer.

The trouble is, we have forgotten what that looks like and how to do it. Pursuit is an ongoing act of striving that requires both people to participate. If men pursued Christ first, then a woman in a non-Hollywood type manner, you better believe that a woman would respond with excitement and enthusiasm…making the pursuit fun once again.

What do you think? Should only men pursue? Should women pursue men? What should pursuit look like? Weigh in with your own thoughts on the hot pursuit.

25 thoughts on “In Hot Pursuit: Should Men or Women Pursue?”