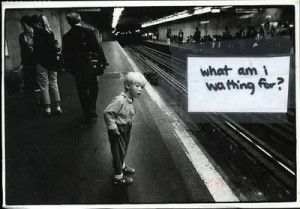 Today, is part 2 on the discussion of being a virgin, within the Christian community. Last week, I posed the question: Where are all the virgins? And why are they so silent?

The comments that followed were poignant and eye-opening. I had no idea that my seemingly simple question would lead to such an impassioned and emotional discussion.

Many of you who commented on part 1 of The Virgin Revolution, discussed the shame, embarrassment, and ridicule you have received for being a virgin from within the church. I was shocked.

Others of you commented that the concept of sex, and thus virginity, is so poorly taught within the church, that you are left feeling helpless, isolated, or worse, forgotten.

But while virginity costs much, the rewards are even greater. Today’s questions, however, ask: What are you waiting for? And is it worth it?

The Consequences are Real

Regardless of the spiritual implications, which are huge, we all know that there are physical and emotional consequences of sexual immorality. God’s design in saving sex until marriage is intended to protect us from such dangers. Here is a quick snap-shot from MisstheMess.com, of some of the risks that increase as people engage in sexual activity before saying “I do”:

82% of teens desire to have one marriage partner for life.

63 percent of teens who have had sexual intercourse said they wish they had waited.

87% of teens do not think it is embarrassing for teens to say that they are virgins.

If you have sex before you marry your are more likely to:

As someone who had sex before marriage, I can attest to many of these facts. Past sexual sin, whether forgiven by the Lord or not, carries with it great weight and emotion. Much of that emotional baggage is not even “unpacked”, so to speak until you are married. Then and only then, can the Lord begin to bring about real healing and resolution.

So if you are waiting, what are you waiting for?

You are waiting for a marriage and a marriage bed free from all of the emotional damage and pain of past sexual sin. You are waiting for sexual freedom as God designed it. True intimacy. Connectedness. Physical love. Bonding. Commitment. And the continued overwhelming blessing that God will inevitable pour out on your marriage as a result of waiting until then. So keep waiting.

Between the intimate and emotionally-charged comments from part 1 of The Virgin Revolution, along with today’s long list of risks, I have realized that the church does not have a hold on this issue. Who is teaching about the true rewards of waiting and not just the consequences? Who is preaching patience and not just punishment?

Sexual purity is touted by the church, sure. Girls and guys wear purity rings and make pledges before their parents. Abstinence programs are taught, yadda, yadda, yadda. But what about the people in their 30’s, 40’s or older who are virgins? What about those who are divorced and seeking out how to maintain sexual purity once again? How has the church attempted to encourage, equip, and protect those individuals in their pursuit of sexual purity?

Purity, as a whole, is all of the things we ingest (or don’t), the things we watch, the things we read, even the company we keep. How is the church doing on sending the “whole” message of purity home with kids? How are parents doing in this area? Are Christian parents expressing to their children that God desires a pure heart, not just a “pure body”?

The concept of  sexual purity is all too often forgotten, diluted, or distorted. There are thousands of reasons to wait until marriage, but really only one reason to not. I burn with jealousy for those who have chosen to wait, wishing that I had made the same choice. My prayer is that the church will awaken to the need to promote purity in all areas, not just our bodies, and that those who have maintained such purity will be greatly rewarded by the Lord.

Where do you see churches and/or parents failing in teaching about a pure heart? If you are waiting, what are you waiting for? And why? Did you not wait and suffer the consequences?

22 thoughts on “The Virgin Revolution Part 2”