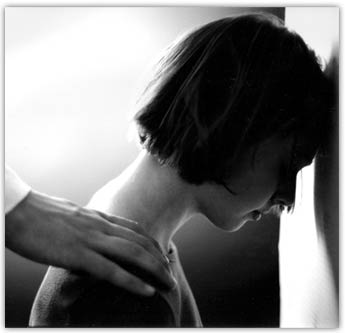 I don’t remember the first time I heard the phrase “God will never give you more than you can handle,” I just know that, at some point, it became a Christian-ism for me. I felt comforted knowing that God would never allow anything to happen that I could not “handle,” whatever that meant. I’d always be okay. Things would never be so terrible, as to crush me.

But then I got knocked up side the head with the truth. Last week I wrote the post, You CANNOT Be Anything You Want, which was part one in my latest series, Don’t Believe the Lie. You see, that whole “God won’t give you more than you can handle” business is a lie, as well. A nice, big, fat one, too. Oh, how Satan has twisted that one and we’ve bought it.

The truth is, the Bible doesn’t talk about giving or not giving us more than we can handle.

The verse that Christians so often confuse with this phrase is 1Corinthians 10:13:

No temptation has overtaken you that is not common to man. God is faithful, and he will not let you be tempted beyond your ability, but with the temptation he will also provide the way of escape, that you may be able to endure it.

What is our ability? Well the second half of the verse, I think, helps answer that question: “but with the temptation he will also provide the way of escape, that you may be able to endure it.” Our ability is tied to the way of escape. We are offered an exit door with every temptation. It is through that exit door, in part, that we receive the ability to resist the temptation. We cannot endure a temptation unless we escape it. Our ability is also measured by our maturity in Christ and our reliance upon the Holy Spirit, among other things.

God certainly does allow us to experience more than we can handle, though. Jesus was given more than He could humanly “handle.” He was beaten and crucified to death. He died without sin, however, because while He was tempted, He knew the way of escape.

I heard Beth Moore discuss this topic once. She referred to a parent losing a child. She told the story of a woman she knew who had watched 6 of her babies die, one after another. Years later she was diagnosed with a rare genetic disorder that essentially killed each of her children.

Was this woman’s loss enough for her to “handle?”  We say, “God doesn’t give us more than we can handle,”,  and we lie to ourselves. Was burying 6 infants more than this woman could handle? I think so. She reportedly fell into a dark and consuming depression. She couldn’t handle it. She wasn’t meant to handle it. Years later, Beth Moore saw this woman, after losing her own foster child. The two women wept together over the loss of their children. They could not handle the pain alone. We are not meant to either.

God will inevitably allow us to experience more than we can handle the death of a parent, or a spouse. Perhaps it is watching a life-long dream wither away and die. Soldiers who have watched their friends die in combat. Mental illness, depression, disease. Or even the realization that you have been wasting your life and have nothing to show for it. Any of these things are more than we can handle and that’s the point.

Christianity is not the guarantee of an easy life, but the abundant life. It makes us uncomfortable to think about suffering loss and God allowing that loss. Don’t get me started on Job. It wrecks me. God wants us to cling to Him, though, to hold onto Him for dear life sometimes, because, without Him, we would drift away into nothingness. We will suffer greatly, at some time in our life, and it is because of our  sufferings and through our sufferings that we can become more like Jesus. Paul wrote, for example:

“I want to know Christ and the power of his resurrection and the fellowship of sharing in his sufferings, becoming like him in his death.” Philippians 3:10

I want to know Christ and, if sharing in His sufferings is one way, then so be it. I accept the idea that God will, perhaps at more than one point in my life, allow me to experience such pain and loss that I will be broken under the weight of it. Then I can look to my Lord, the lover of my soul, and cry out to Him, knowing He is the only One who can save me. (And if I forget, I have this blog post to come back to at that point.)

I do not want to buy into the lie any longer of naively believing that there is some magic limit or glass ceiling on suffering. There isn’t, and we demean the power of Christ’s sufferings when we assume there is.

Have you falsely believed this lie, like I once did? Do you think Christians suffer for believing this lie, and if so, how and why?