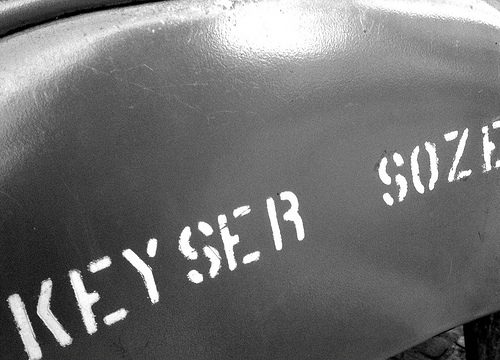 If someone were to ask you what has caused more harm to the Church as a whole, how would you answer? Because I don’t what I would have said a few weeks ago, but then…

During a church meeting a few weeks ago, a member of my church family said: “The existence of denominations and factions within the church is the greatest deception Satan has ever committed against the church.”

I nodded my head in agreement.

I’ve felt that. I’ve known that. I had just never put it into words.

As my friend said this I was immediately reminded of the movie The Usual Suspects and that bastard Keyser Soze. Satan, the Great Illusionist and Perpetual Deceiver, always scheming. END_OF_DOCUMENT_TOKEN_TO_BE_REPLACED 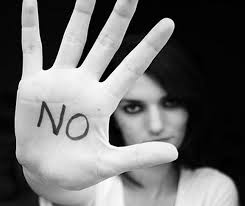 Things are changing around here. Slowly but surely. God is redirecting my words and thus, this blog. Yet despite this, I’ve had a difficult time writing.

I sat the other day looking through my blog post ideas, a seemingly endless list of notes I’ve jotted down. While scrolling my post ideas I  I found a draft titled “Supernatural Everyday.”

It got me thinking. I have to admit, I’ve been surprised by your reactions to my recent posts. I suppose I shouldn’t be. Perhaps I didn’t give you guys enough credit. Perhaps I underestimated you.

For that, I’m sorry.

But, I am thankful that the threshold has been crossed–that door has been flung wide open. Cliche as it is, there’s no going back.

Because what I have come to realize, no, what I’ve come to know, is that there is no such thing as the supernatural.

People either whisper this word or refuse to speak it. The “supernatural”, the spooky-spookiness of God. God the vodoo doctor. God the charlatan. END_OF_DOCUMENT_TOKEN_TO_BE_REPLACED 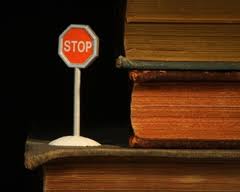 There used to be a time when I memorized scripture at a furious rate, filling myself up with verse after verse, like a kid with birthday cake.

Now, I glance at my Bible from time to time. Or read, really read, once a week wherein God gives me some perfectly timed, needed encouragement or admonishment. I’ve ditched the church-imposed idea of morning/daily quiet times.

But, some of us have begun to reduce the Bible to a series of catchphrases or quotes. As if the Bible is analogous to the latest bestselling self-help book:

7 Easy Verses to a Better Life

Read the Bible to Win at Life

Success: It’s only 5 Short Verses Away

Because the Bible is a lot of things, but one thing it is not is the Christian version of self-help non-fiction.

More than that, when crisis strikes, as it always and inevitably does, that is when so many us begin frantically quoting scripture–pulling out all of the usuals: END_OF_DOCUMENT_TOKEN_TO_BE_REPLACED 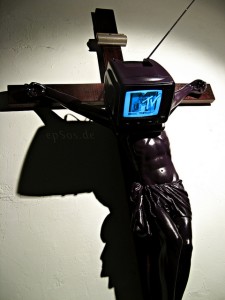 When you imagine Jesus, what do you see? A man with a lovely shining face, long flowing hair, and a winning smile? Is your Jesus sun-kissed and bronzed, not quite Middle-Eastern and not quite Caucasian? A perfectly handsome, approachable, and even Western looking man?

We’ve all seen the paintings that hang on church walls and in elderly ladies homes–Jesus in His traditional white robe, surrounded by lambs and children, whilst His long dark hair blows softly in the wind.

But, is this really Jesus?

Was the Son of Man really a mix of a Ken doll and Romeo? Probably not. Many Bible scholars actually believe (and not that they are always right) Jesus was, in fact, ugly.

Yes…our ugly Savior. And so what if He was ugly, what does that matter?

Actually, it matters a lot… END_OF_DOCUMENT_TOKEN_TO_BE_REPLACED 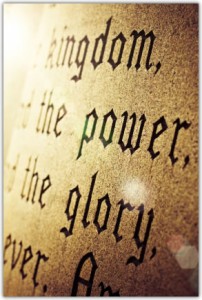 Let me begin, by stating (once again) that I am not a theologian. Nor, am I a Bible scholar and let’s be honest, this is not an easy subject. I am, however, a follower of Christ and as such, I have the Holy Spirit within me. And after all, it is the Spirit who brings revelation.

So to that end, in some small way, I am not only qualified, but approved to write about the Kingdom of God (As are you, I should point out).

So, what is the Kingdom of God?

END_OF_DOCUMENT_TOKEN_TO_BE_REPLACED

I’ve had the idea to wrote about the Kingdom of God since I started blogging, over 2 years ago. The post sat in my que, collecting dust, being passed over again and again for less heady, easier to swallow topics. I would occasionally glance at it, but quickly put it away because I felt tired just thinking about writing it.

But for some reason, in the last few days and weeks, the Lord has been showing me–reminding me really–that the concept of the Kingdom of God, while large in scope, should not feel elusive or overwhelming.

Because God is a God of Light and of revelation. He brings clarity and truth, not confusion. He is accesible and while yes, there are things pertaining to the Lord that will remain a mystery until we see Him face-to-face, I do not believe this is one of them.

Christians throw around the term the “Kingdom of God” quite often, but what do we really mean when we say that? What does scripture mean?

So, tomorrow, I’ll be writing about the Kingdom of God and how I have seen it revealed to me–and the revelation Jesus has brought me.

But, before then, I wanted to know your thoughts. Because like so many things I write, your comments, ideas, perspective, experience, and personal stories help shape and mold my own ideas. You feed me.

What is the Kingdom of God, in your own words? How would you define it? I admit that not so long ago, I couldn’t have answered these questions and so if you find yourself in the same position, please know that it’s okay to say “I don’t know…but I want to find out.” 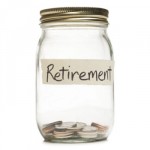 Today’s guest post comes from my friend and blogging hero, Sammy Adebiyi. I can say, in all honesty, that Sammy is my blogging soulmate. I think things and then he writes them–often with more passion and wit that I could ever conjure up. I’m honored and excited to feature him on Modern Reject. I hope you enjoy this post. I know I did!

Every time I hear the word ‘retirement’, I cringe. I can honestly say I HATE that word. If there is a word that describes the polar opposite of how I want my life to end, it would be the word ʻretirementʼ.

Just to be clear, if what you mean by retirement is being intentional about saving (in the context of giving) so you can sustain your family when your body fails you, then Iʼm with you. Sign me up.

But, if you follow Jesus and your vision of retirement is saving up so you can move to Hawaii, lay in the sun all day and enjoy the fruit of your labor at 65 [i.e live a relaxed and comfortable life till you die] then Iʼm concerned.

I get it if you call me ignorant or naive.

Iʼm sure you got it all figured out. Thereʼs just only one problem with your plan if youʼre a Christian. END_OF_DOCUMENT_TOKEN_TO_BE_REPLACED 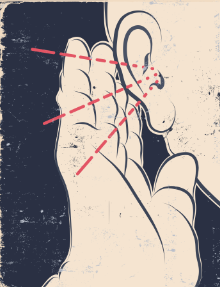 Look, I’m no Moses. I have neither seen the burning bush in the wilderness nor climbed down from the mountain after seeing God face-to-face. I have, however, heard God speak–many times, in fact.

I have seen people roll their eyes, or raise their brows when during conversation I say something like,  “…and the Lord told me…” I suspect that many Christians have never actually heard the Lord speak. The reason, however, is not that He hasn’t spoken to them–He has spoken and they simply do not know how to hear Him.

So here’s the questions: Do you know how God speaks and can you recognize His voice? END_OF_DOCUMENT_TOKEN_TO_BE_REPLACED 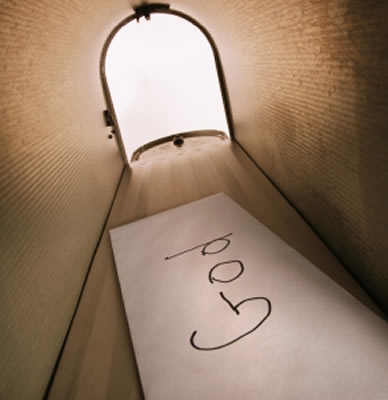 Yesterday, I promised that I would tackle the issue of prophecy. Is it for today? If so, how? Many of you had a lot of good questions, some of which had consistent themes. I’ll try to address as many of those questions as I can, but remember, this is just a blog post. Any remaining questions you have, I’ve started a thread on my Facebook page to discuss this very topic–feel free to comment here or there.

As Robert Staniford pointed out in the comments yesterday, Paul exhorted the church in 1 Thessalonians 5:

Do not quench the Spirit; do not despise prophetic utterances. But examine everything carefully; hold fast to that which is good;

Sadly, though, much of the American church has done exactly this, despising prophecy today. They’ve thrown out the baby with the bathwater, so to speak. Of course, there are instances of false prophesy. That’s why Paul encourages the church to carefully examine the words. Further, he tells us to “hold fast” to the good.

So how do we know what’s good? END_OF_DOCUMENT_TOKEN_TO_BE_REPLACED 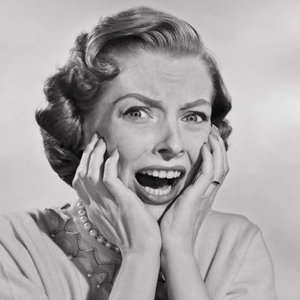 I was trying to remember if I had ever heard the word “prophetic” preached from the pulpit during my first fews years of being a believer. Looking back, I don’t think I had.

Fast forward 8 years and I was attending a Bible church where the pastor admitted from the pulpit that he sorta, kinda, maybe believed in prophecy, but that this congregation would never participate in such things.

Fast forward another few years and I found myself in a wholly prophetic church, where it was not only preached but practiced– A church where hearing from God was the norm, not the other way around.

I understand (sorta) why people find that word to be so scary. Prophecy.

There is no other word in scripture I can think of that makes people–all people–quite so uncomfortable. It doesn’t matter what your denomination might be, church background, theology, if you’re male or female–almost everyone gets squirmy when the word “prophecy” is thrown around.

It sounds like the end times. Armageddon. Fortune telling. Mysticism. The Unknown.

I’ve felt a pull to write about this topic. To offer the same sort of demystification that was offered to me. So, starting with tomorrow’s post, I’m going to try as best I can in a blog post, to help bring light to a seemingly scary topic for many Christians.

Meaning, I’d like to hear your questions first. Your questions will help shape tomorrow’s post. So, have at it! Ask me anything. Here’s a few questions to get you thinking…

What do you know or have experienced in terms of the prophetic? What would you like to know? Do you find the topic a bit unsettling?

And for fun…what do YOU think is the scariest word in the Bible?