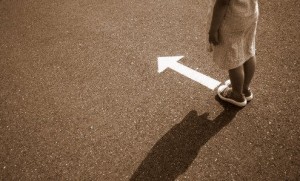 What comes to mind when you think of Jesus Christ’s core ministry? Do you picture Him healing the sick and raising the dead? Do you imagine Him traveling form town to town preaching? Or standing on the Mount and proclaiming what would become the beatitudes?

The ministry of Jesus certainly included all of these things. However, I would argue that His core ministry–the example He left us with to follow–was something even more amazing. Sadly, it’s also something many of us simply disregard and fail to practice…

…The call to disciple.

A little while ago on Twitter, I posed the question: “What is Discipleship?” All of the responses that I received had one thing in common–they were all different.

It seems that, for those Christians who recognize the need for discipleship, none can agree on what it actually is.

Some felt that my distinction between the word “mentor” and “disciple” was just a matter of semantics. However, I strongly disagree.

The Great Commission was the final call of action Jesus gave his disciples. He told them to “go…make disciples, baptizing them in the name of the…”

Christ knew, as He was was departing from our presence, that the best vehicle with which to reach men was to disciple them.

Robert E. Coleman, in his powerful yet simple book, The Master Plan of Evangelism, says that men were Jesus’ method. Jesus chose a few select men with whom to live life, teach, and equip, while still enabling Him to complete His ministry.

The Church today, however, often fails to focus on a few, but rather the masses. In an attempt to grow churches, gain numbers, and produce converts, the individual is neglected in favor of the corporate.

Likewise, Jesus’ choice in discipleship was not a program or a checklist. He had things in mind that He desired to teach, absolutely. Yet, His approach was allowing these men to simply live life alongside Him. They were able to observe, ask questions, participate, and wrestle with His deity.

Discipleship is not a series of recurring meetings or sessions, but rather a purposeful commitment to the spiritual growth and health of an individual. Sometimes that commitment can even be a lifelong one.

Paul and Timothy are an excellent example from the Bible of a discipler and disciple. While Paul eventually commissioned Timothy to begin his own unique ministry, their relationship of discipleship always existed.

More than that, Timothy knew that he had a responsibility to continue to disciple other men, as well. Paul instructed: “Entrust [the things which you have heard from me] to faithful men who will be able to teach others also.”

Dietrich Bonhoeffer, German theologian, in his book Discipleship, places discipleship at the center of Christianity. He wrote:

Discipleship within the Church is not taking place as often as it should be because, as you may have guessed, it isn’t easy. It is a commitment that can last years, or even a lifetime. It creates accountability when often times people would rather remain anonymous.

That, I believe, is what Christ had in mind–using men to continue His ministry, men who would disciple other men, in the same intentional and powerful way He had done…and nothing less.

How do you define discipleship? Have you ever been discipled? What do you think prevents the church from actively discipling?

Also, some of you have asked how do you actually go about discilping others or how do you find a discipler for yourself. If you’d be interested in that, leave a comment. If enough do so, I will write a follow-up post answering those questions.

31 thoughts on “What is Discipleship?”