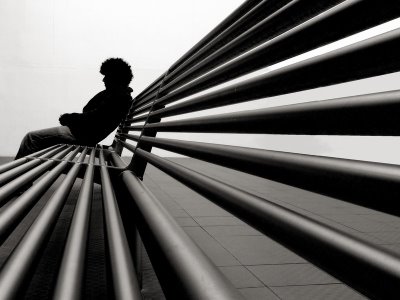 We all know them–the person who doesn’t attend church or isn’t part of any church community. The person who walks around feeling isolated even among other Christ-followers. The person who is rejected or misunderstood for whatever reason.

But Jesus had so much to say about these people…

But what do we so often do? We judge.

Oh, well, there is something wrong with them. They just don’t like other Christians. They aren’t even a Christian. They choose to be alone.

I myself spent almost 2 years as a lone Christian. I had the hardest time finding a church where I felt loved and welcomed, even noticed. I had 1, only 1 believing friend. I had no fellowship to speak of. I was wandering the wilderness alone desperately trying to hold onto God.

Eventually, though, I let go. My grip was not strong enough to cling on to Him.

Years later, I realized that without community, without accountability, without the Body, a Christian cannot survive.Lone Christians are easy prey for Satan and no doubt that type of isolation is what he’s after.

Lone Christians must realize this. They are not suppose to be alone–whatever the excuse, whatever the reasoning. Others in the body must also acknowledge this and attempt to draw those individuals in with love, truth, and grace.

So whether the lone Christian yourself or the person perhaps judging the the lone Christian…none of us were meant to be alone. Ever. God gave us people because He knew we would need, not only Him, but those relationships, as well.

52 thoughts on “The Lone Christian”