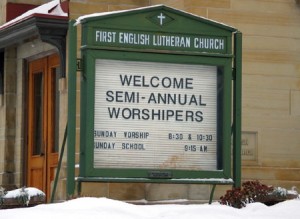 I feel like its maybe been a bit heavy this week on Modern Reject, what with me almost dying followed by the whole discussion on judging other’s sins. You know, nice and lighthearted.

I’ve also had a lot of personal junk going on, including ongoing physical pain. Basically, I feel like junk. Oh, and to top off the week, I’ve received some less-than-encouraging emails from a few individuals that inevitably lead to me to question why I write this blog in the first place.

But, let’s put all that aside. That’s what I decided to do and in doing so, I spent far too long on various websites reading completely ridiculous, perhaps even inappropriate, but hilarious stuff. With that in mind, I decided to share a few of the bad church signs I viewed.

If you’ve seen any of these before, I apologize. But, hopefully they will just make you chuckle…that’s what I needed anyway. 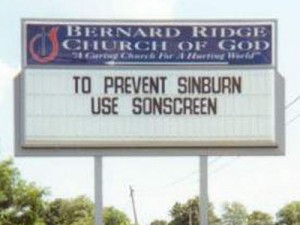 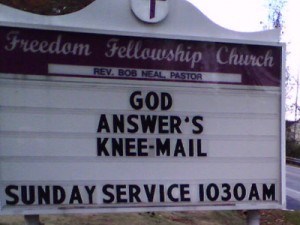 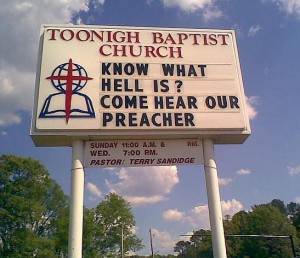 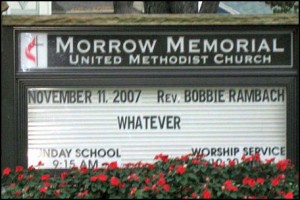 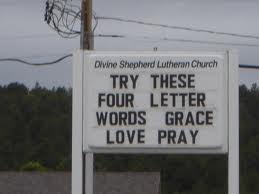 Which was your favorite? I happen to love “whatever,” and did you catch the problem with “Four Letter Words”? Do you have guilty pleasures?

Thanks to this site for the photos.

32 thoughts on “Bad Church Signs…Just Because”