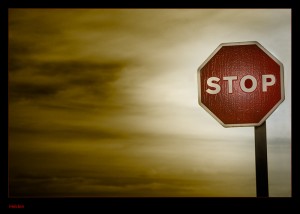 I heard a pastor tell the story once of his brief, albeit, passionate addiction to…video games. That’s right. Everyday, around lunch time, he would escape from his church office and find his way to the local mall.

There, while munching on greasy fries, he would empty his pockets of quarters into his favorite arcade game. He would sometimes spend hours shooting down digital planes before realizing that his lunch hour was long over.

No one knew what this young pastor was off doing, but he felt a strange and powerful pull to keep showing up and dopping in quarters.

After a few weeks of this, the Lord told him that this practice had become an unwelcome distraction and thus, a sin. It sounds silly. I mean, video games, really? But, this hobby had become a bit of an idol and the pastor knew it.

He decided he needed to pray. He needed God’s help. But, as he began to pray about it he was struck with a realization.

What the pastor wanted to do was pray for self-control, pray to be less distracted, pray for help cutting back, pray for the strength to stop.

But, before he could even finish his prayers God spoke very plainly to him and he heard the Lord say:

There was no soliloquy from the Lord. No long parable, no compassionate plea on this pastor’s behalf.

God simply told him to stop.

He chuckled as he re-told this story and explained that while he knew a video game was not a big deal in the scheme of things, for him the lesson to be uncovered was him recognizing God’s intolerance of our sin.

But, the bigger lesson was also the requirement on our part, to stop sinning immediately.

You see, we often try to transition, ease out of, or slow down our sin. We like to put the brakes on our sin, instead of actually taking our sin off the road (Sorry if that is a terribly cheesy analogy. It’s the best I could come up with).

Part of the reason we do this, is the fact that we are really bad at calling sin, “sin.” We like to re-package it and re-label it for easier digestibility. We prefer to use euphemisms for our sin, things like “struggle, hardship, challenge, thorn in our side,” and the like.

The trouble is, Jesus didn’t say, “Hey, I know you’re having a hard time. I know your parents were jerks and life has been full of disappointments, so if you want to take your time in quitting your sin, go right ahead.”

Now, please don’t misunderstand. I know that some sins are deeply rooted, generational, forces of nature. I’ve had those. Heck, I have those.

I also recognize that, for some of us, our sins cannot be fully conquered without formal counseling, intercessory prayer, supernatural healing, and the like. I’ve been there too.

However, we are liars if we believe that God does not expect anything less from us than our complete and immediate repentance. Repentance is not a process (sanctification is a process). It is a moment. Repentance is the instant we say to God “You are right. I was wrong. I sinned. Forgive me.” And we turn and run in the opposite direction.

He does not want us to slow down, shift gears, take a break, hit pause, or transition out of our sin. His holiness demands nothing less than our immediate action.

Are you guilty of ever trying to transition out of your sin? Have you ever just “stopped” sinning? What was the result?

41 thoughts on “Transitioning Out of Our Sin”