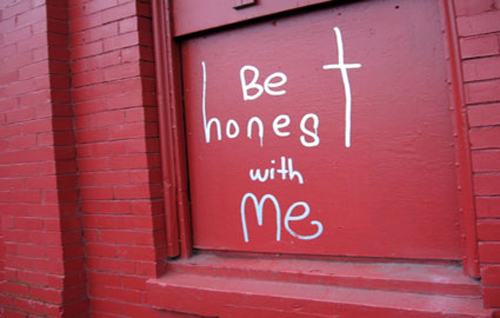 My generation grew up with the belief that we could accomplish great things, realize any dream, and actually be anything we want. Well, the former two might be true, but I would argue that the latter is actually a lie.

It sounds nice. It tickles the ears. It feels good to say it. While you can be a lot of things, including a new creation, you cannot be anything your heart so desires.

While the notion of telling children that they can be anything sounds wonderful, it actually does more harm. My generation heard some of that message, but more and more children today are being bombarded with the “you can achieve all things” mantra. Kids today grow up honestly believing that they are bound by nothing, including performance (or lack thereof), skill set, intellect, hard work, or perseverance.

We see signs of it on reality shows like American Idol when well-intentioned kids by the hundreds of thousands show up to audition before judges for a spot on the show. Most of them have no business being there… and end up making a fool of themselves on national TV. Why do they try out? All too often, it’s because some friend or some adult has lied to them.

Falsely telling our children they can do it all and be anything leads to great disappointment later on in life when those little children become adults and realize that they can only do so much. This truth is not only applicable to our children, but to us, as well.

Elmore points out, for instance, that the “you can be anything” lie has even become part of the American dream. Many adults suffer just as much from the “be anything” lie. I know I might sound like a bit of a Debbie Downer, but let me clarify. I do think we can all achieve great things, and I also believe that the Lord has greater plans for us than we can know. As Job recognized, “Therefore I have declared that which I did not understand, things too wonderful for me…” Knowing our strengths is important, but we find great power and freedom in also recognizing our weaknesses.

The other thing we fail to recognize, on our quest to be anything, is that we maybe aren’t good at everything. I can almost hear the new generation of parents shriek even now. “Of course my kid would be good at anything! (S)He’s my kid!” But the reality is we can’t all be surgeons, or teachers, or violinists. I, for one, would make a horrible medical professional. I have neither the heart, nor the stomach for it (despite my love of horror films).

Likewise, the child who enters the workplace post-college, with something to prove after years of being essentially lied to and told he can do anything, will all too quickly crumble under the weight and responsibility of life when they realize that they are just like everyone else. Yes, some of us are gifted and skilled in certain areas. Some of us are musical or artistic, mathematical or analytical, but no one accomplishes much without the other tools necessary to succeed–tools like persistence, common sense, flexibility, and initiative.

Don’t get me wrong, either–I’m a dreamer. I love to envision, brainstorm, and discuss the what-could- and should-bes. I want to instill within my children a hope and fire to create change, but not in and of themselves. We have all read this verse hundreds of times. It’s a Bible standard: “I can do all things through Him who strengthens me.” We say it in passing. We pray this verse when someone is having a hard day. We act like we believe it, but when things get tough, I’ll admit, I throw that whole “through Him” part right out the car window as I’m speeding down the “I got this” highway.

Above all, though, I want my kids to be confident in who they are while also able to find their confidence in Christ. I do not want it to be my inflated words or superfluous compliments that build their self-esteem. Self-esteem, as I have written about before, is a fragile thing. But it’s best built upon fact and ability, not dreams and well wishes. Or worse, false confidence.

What were you told you could do, that maybe you found out you weren’t great at? How did you handle this realization? Who has God shown you to be? What dangers do you see in the “be anything” lie?

53 thoughts on “You CANNOT Be Anything You Want”