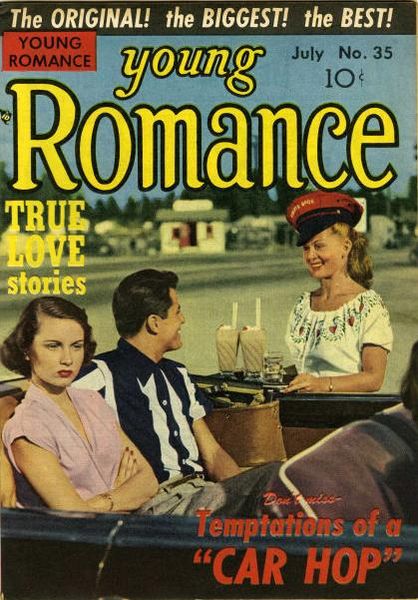 It goes without saying that men are visual creatures. We know that “sex sells,” and one of the main reasons for that is because men are visual. It is not women who are usually buying sex, so to speak.

But if a woman could spend a day inside a man’s mind, would she be disgusted and horrified to find out just how much he actually thinks of sex? Would a wife, for instance, end up thinking her husband is a pervert? Probably. That’s how much the male mind focuses on sex.

The truth is, though: your husband is NOT a pervert. He is a man and, like every other man, his sexuality is quite simple to understand.Prager says men have 5 components of sexuality: the power of the visual, the immediacy of arousal, the tendency to sexually objectify women, the need for variety, and genital,–as opposed to emotional–arousal. Update: Many people, in the comments, were quick to point out, that these facts about male sexual nature are a result of the Fall, not God’s design. Thus both men and women’s sexual nature is a result of our sin, not God’s plan. Regardless of the origin of male nature, it is still his nature. I’m not debating how men came to be the way they are, but simply acknowledging the truth about their behavior.

Women who have been married only a month can testify to the fact that men are very visual. They can also testify to the second component of male sexuality: the immediate arousal of a man. Woman (although not all women) tend to more  like steam engines, as you add heat, they slowly speed up and gain momentum. Men tend to be more like sports cars–0 to 60 in 4.2 seconds.

The third point of male sexuality, however, is the male’s tendency to sexually objectify women. I don’t like thinking about this one. This area of male sexuality is where men can begin to look more like pigs than men. We can be quick to call men chauvinistic and the like, but not so when we consider the first two points:

If men are extremely visual and experience immediate arousal, it follows that they would also naturally see women as sex objects. This does not mean all men see all women as sex objects all the time. A man who is sexually fulfilled in a committed and loving marriage, I do not think is walking around objectifying women, but left to his own devices, he might be.

The goal for women is to understand that sexual objectification of women, by men, is natural. However, that does not mean it’s acceptable or necessary. The goal for a man, on the other hand, is to become more emotionally attached and connected to the woman he loves, so that he does not objectify her–or any other woman, for that matter.

Then we get into the male need for sexual variety. Wives especially do not like this area of discussion. I sure don’t. I don’t want my husband seeking out or experiencing “variety.” I want him to come home and experience his boring ‘ol wife every single day for the rest of his life. Hmm… see the conflict there? Men tend to sexually desire lots of different women. However, men sacrifice this  desire for variety and instead choose to commit themselves to one woman for the rest of their life in marriage. The desire for variety does not go away. The acting upon it does.

A wife’s response should be acknowledgment of this fact and thankfulness that he chose one woman to spend forever with–you. I know this might sound archaic, but it is true. A faithful married man is a treasure and a blessing, especially in a world so fraught with divorce and infidelity.

With this in mind, a wife’s response should also be to add variety. Do not be the boring ol’ wife. Be the confident, sexually comfortable, up-for-new things-and-not-the-same-old-bedroom-routine-wife. Be his sexual variety.

Lastly, men are aroused by genital contact, whereas women are more so aroused by emotional connectedness. This one is free for all my fellas out there: If you had an argument, any kind of bickering or disagreement in the last 24 hours with your wife, don’t expect sex unless those things have been resolved. Women want to feel like they are loved before sex. Men feel loved because of sex.

My hope for this post is to have men and women, husbands and wives, openly discuss their sexuality and how it affects their relationships as a whole. My other hope is that wives will take time to understand their husband’s sexual needs and wants, not chastise or judge them for it, and then use that knowledge to improve their sex life.

A good sex life is just like a good marriage. Faith aside, it is built upon trust and communication… and a little adventurous fun never hurt anyone, either.

If you’re a woman, have you embraced–or denied–these facts? What do you do to help you remember these things? If you’re a man, do you feel your wife understands your needs? What else would you add to the conversation?

And if you like this post be sure to check out Part 2, written by my very own husband, Jonathan, on how my understanding of his sexual nature has affected our marriage

86 thoughts on “Your Husband is NOT a Pervert: Part 1”